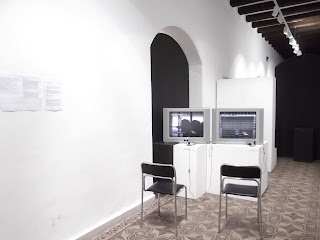 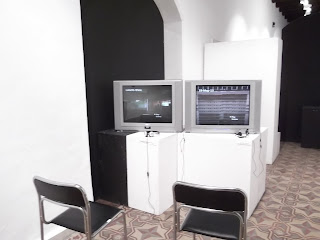 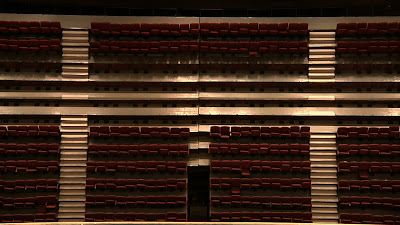 about:
Daniel Kötter’s most recent film “Bühne” examines a moment of fundamental change in the understanding of public space in post-communist Bulgaria. The Palace for Sports and Culture in the Bulgarian Black Sea coastal town Varna was built as a prestige project of modernist architecture for the communist understanding of theatre and sport. While no changes were made to the interior design since its opening 1968, every week the main hall changes its architectural and social function.
The film stages the “theatre” itself, not as yet another art form (with its specific institutional conditions, market rules and local aesthetic and historic limitations), but as a name for the allegoric space of encounter.
“Bühne” is related to a larger body of video works on the transformation of space and place of cultural production that Kötter has been producing since 2008: “state-theatre: LAGOS/TEHRAN/BERLIN/DETROIT/BEIRUT/MÖNCHENGLADBACH” (in collaboration with Constanze Fischbeck, 2008-2014) deals with the transformation of theatre architecture; the series “Frame-Analysis” (ongoing) stages the conditions of cultural production as “theatre” itself. 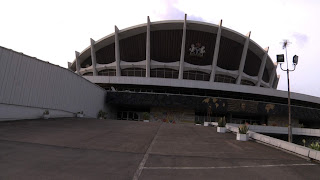 The word 'theatre' (theatron in greek) refers first and foremost to the place and architecture of a performance, rather than to what is being performed. Even after centuries, a theatre’s architecture represents the visual order from which it emerged: the possibilities for artistic production are historically conditioned. The geometrical space of architecture is pitted against the anthropological space of its use. 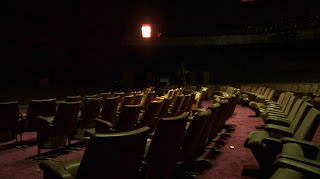 1st case study: LAGOS
The National Theatre of Nigeria in Lagos was built for the second World Black and African Festival of Arts and Culture (FESTAC) in 1976. It is the only state-subsidized theatre in Nigeria. While its smaller halls are occasionally used for theatre performances, banquets and weddings, the 5000-seat main hall has been deserted since the early 1990s. A reopening was scheduled for 2010 but  postponed indefinitely after a series of changes in direction.

counter shot: The Bariga Arts Center was founded in 2009 in a Lagosian slum by choreographer and Nollywood actor Segun Adefila, after the rent free agreement between his company Crown Troupe of Africe and the National Theatre of Nigeria had been revoked.

STAATS-THEATER (2011) is a reseach by Daniel Kötter , published in Journal for Artistic Research
‘staats-theater: Lagos/Teheran/Berlin’ is a modular art and research project initiated by Berlin based video artists Daniel Kötter and Constanze Fischbeck in collaboration with performers and architects from Lagos, Tehran, and Berlin, as well as the collective Hunter & Gatherer (Manuel Shvartzberg and Fabian Faltin). The project undertakes an exemplary investigation of the state-representational and socio-political conditions of theatre and the opposing informal potential of performativity in three capital cities: Lagos (Nigeria), Tehran (Iran) and Berlin (Germany).

Constanze Fischbeck (1968,Berlin) works as stage designer and video artist.  Her artwork is based on the space and present of specific locations. In her films she investigates the interference of documentary and staged moments in the urban context.  Her work was presented at various festivals, art institutes and theatres. Lives and works in Berlin, Germany.
selected presentations
2008 - seven-channel-spatial-video-installation "Benzin – a reconstruction of exchange systems in Lagos”,  with Daniel Kötter, on behalf of the Goethe-Institute Lagos  and the House of World Cultures, Berlin
since 2009 and on going: "state-theatre", six experimental films, performances, exhibitions and internet presentation about the conditions of performativity in Lagos, Teheran, Berlin, Detroit, Beirut and Mönchengladbach;  with Daniel Kötter; various presentations for instance within Afropolis (Rautenstrauch-Joest-Museum Köln and Iwalewa-House Bayreuth), the artist house Mousonturm Frankfurt and film premier on 10th december 2011 at the Academy of Arts Berlin, emaf-Festival Osnabrück 2012, rencontre international Berlin, Paris, Madrid 2012
2012 “Making of History”, Film-Installation with a scenic commentary, Maxim Gorki Theater Berlin, in collaboration with Daniel Kötter and Hans-Werner Kroesinger.
Posted by dora bulart at 01:40 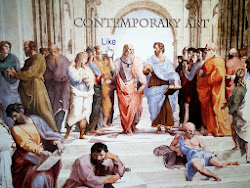 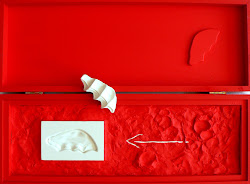 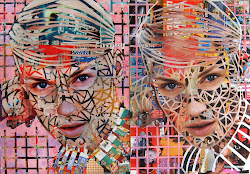 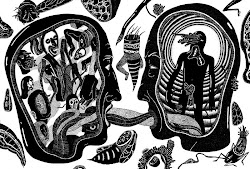 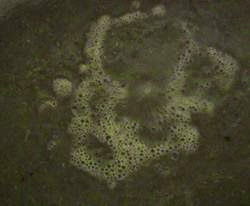 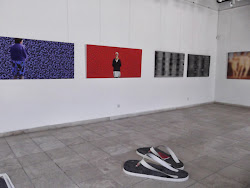 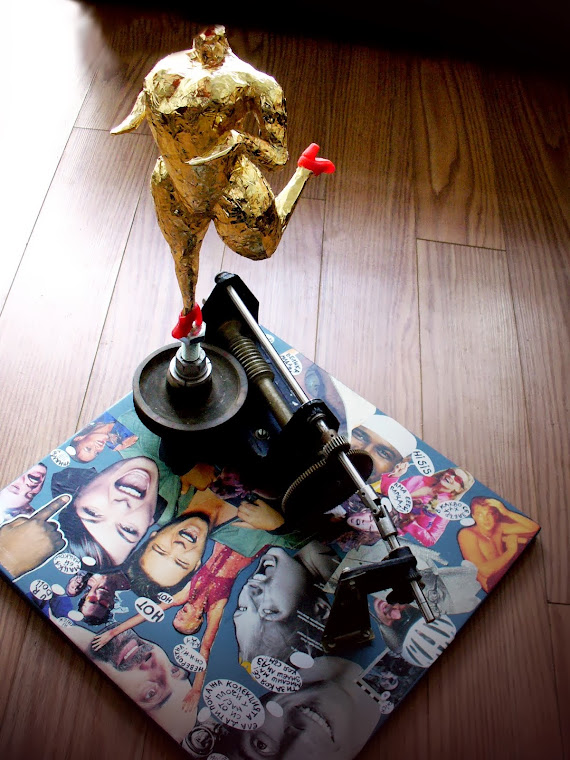 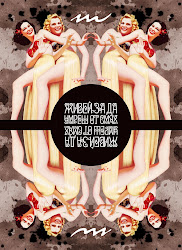 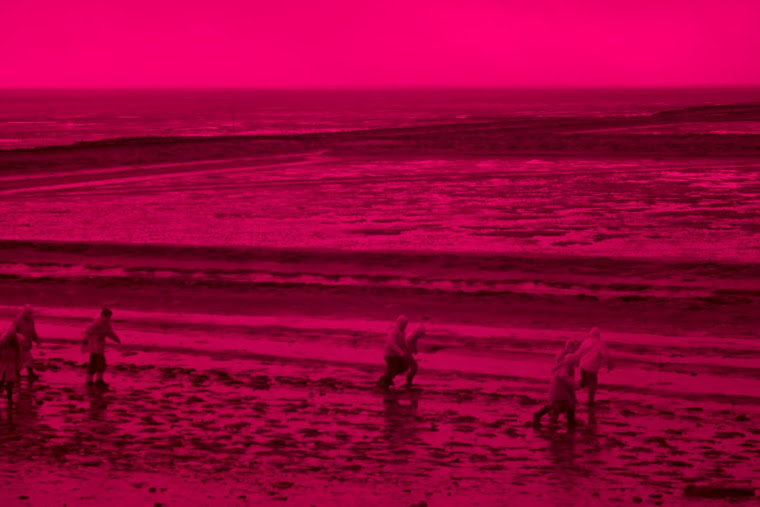 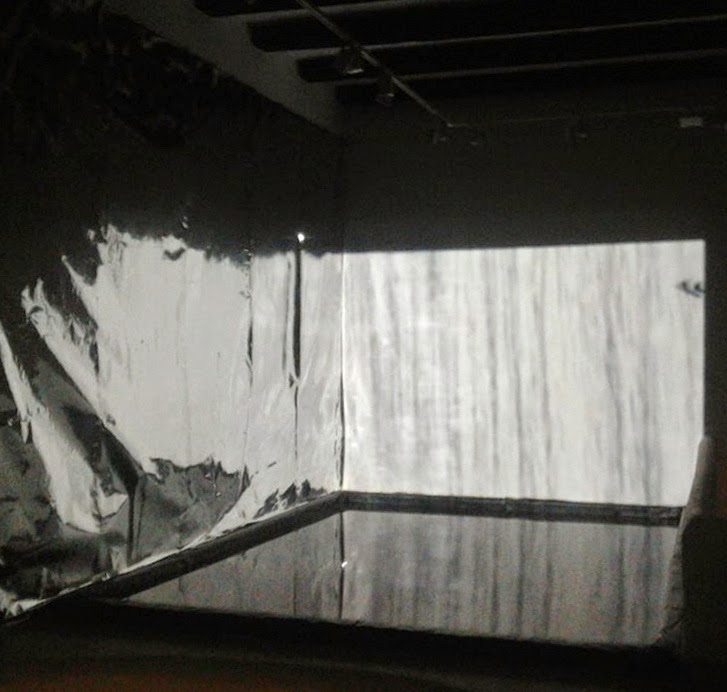 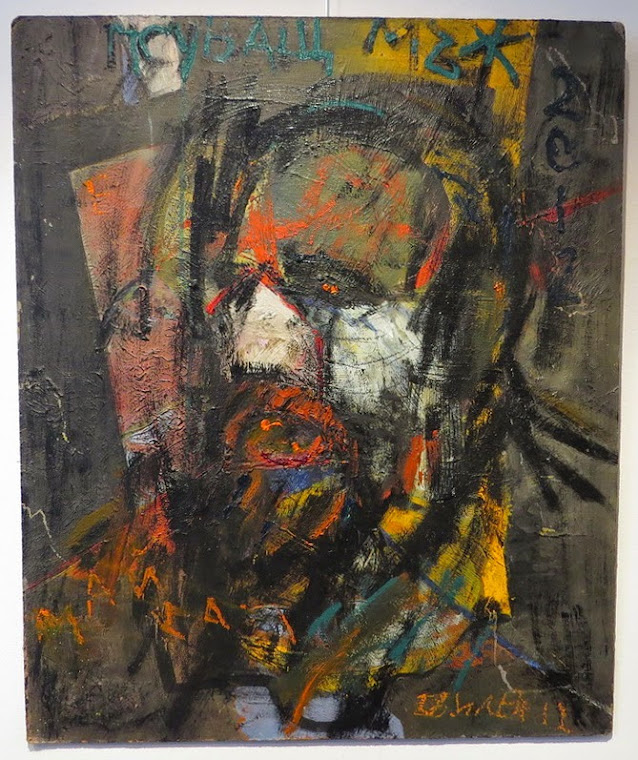 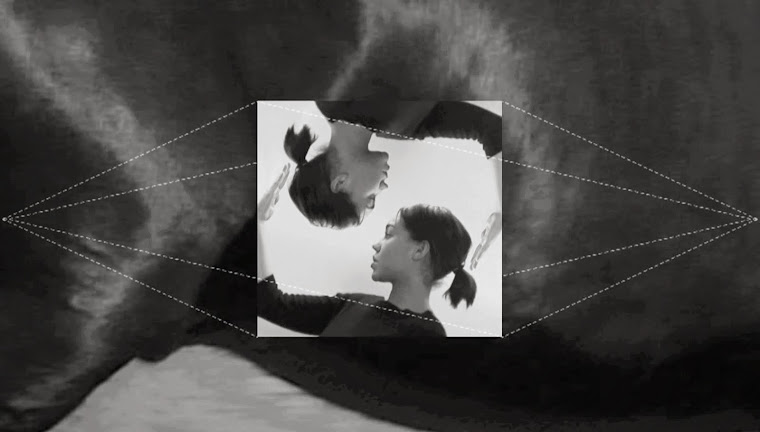 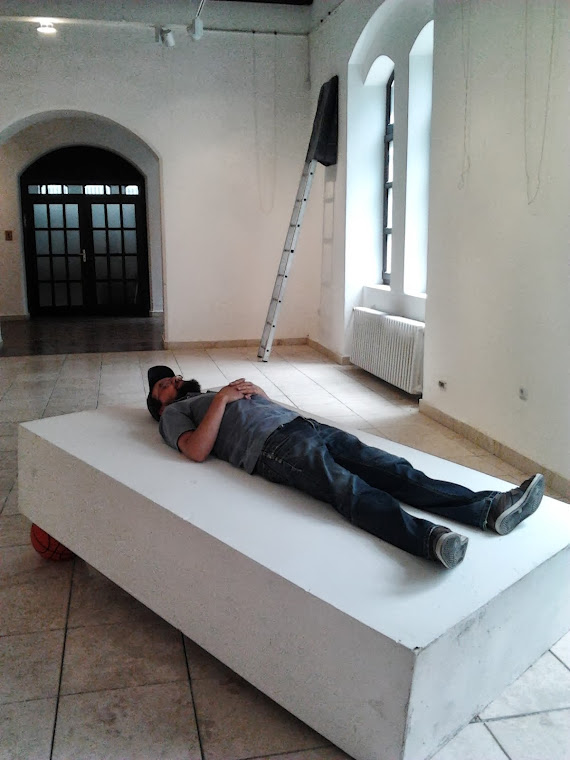